C&W Services partnered with Connors State College and Sodexo to provide and serve a community dinner to flood victims, first responders, and volunteers.

For a two-week period in May and June, severe weather systems caused flooding across the state of Oklahoma. In Muskogee County alone, emergency management officials estimated that 2,400 people were forced to leave their homes.

C&W Services is not a stranger to Muskogee County. We’ve provided facilities services to Connors State College—which is located in the county— for years. And so, when the extent of the flood damage became clear, we wanted to do whatever we could to help.

We quickly partnered with Connors State College and Sodexo to organize a community dinner for flood victims, first responders, and volunteers who were assisting the community. 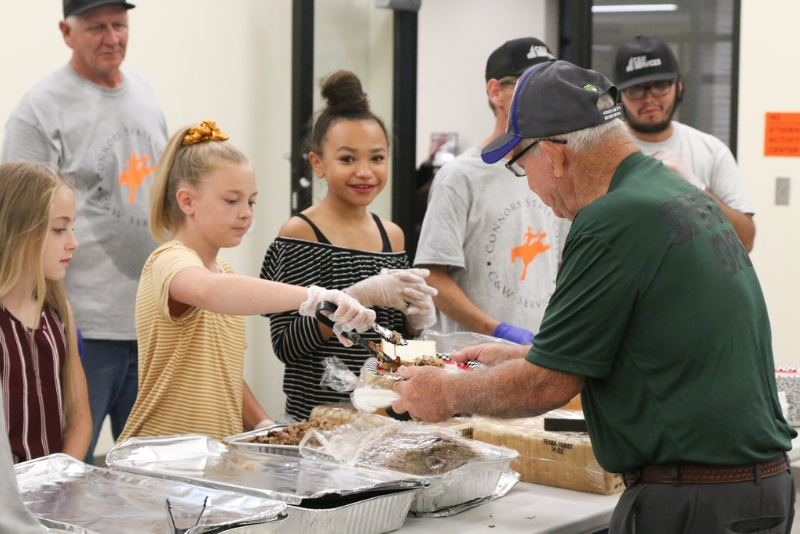 “The dinner was a true team effort,” said Mike Jackson, Dean of Students at Connors State College. “Everyone donated their time. Keri [the C&W Services account manager at the site] came up with the idea and got her husband’s band to play the event, C&W Services helped unload all of the food from the trucks, and we ended up feeding over 150 people. C&W Services then donated all of the leftover food to the local disaster-relief center. They also collected and distributed flood relief items to disaster centers in Warner, Webber Falls, and Gore, Oklahoma.” 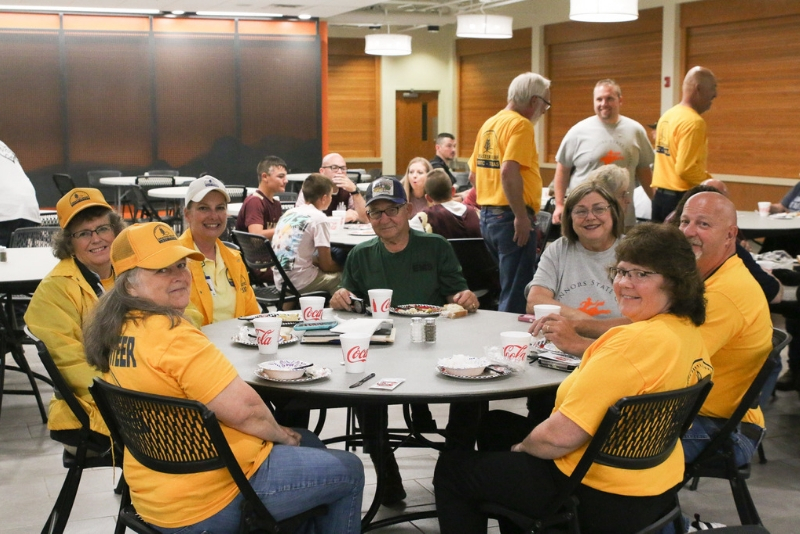 Everyone involved in the event wanted to give special thanks to the first responders and volunteers, as they’ve worked tirelessly to get the area back on its feet. In fact, according to Fire Captain Steve Marshall, volunteers have logged 6,886 hours of work in the community to date, delivered 14 pallets of water around the community, and delivered 386 meals to first responders over the last two weeks.

“C&W Services and Connors State College are committed to helping with the relief effort,” said Mike Jackson. “We’re in the process of starting a disaster response team on campus, and a number of C&W Services employees have already committed to joining it.” 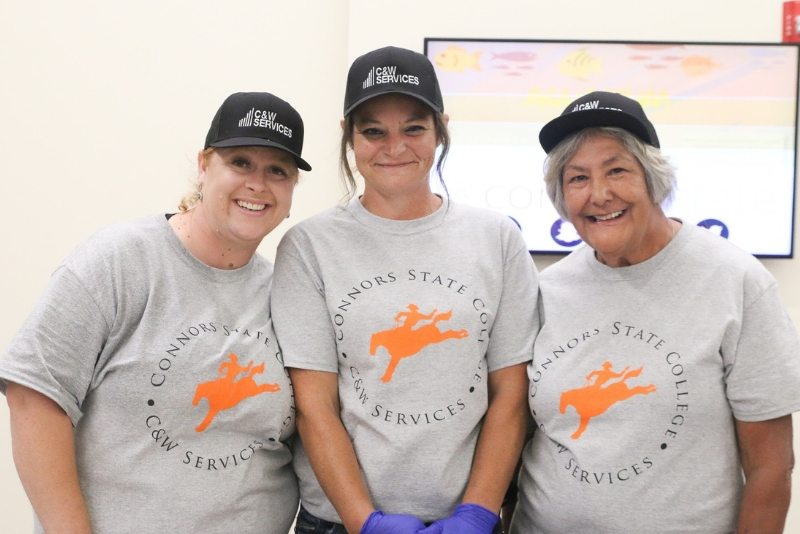 C&W Services wants to thank all of the first responders and volunteers who are helping people recover after the flood. We’re looking forward to working closely with Connors State College on a number of relief initiatives.