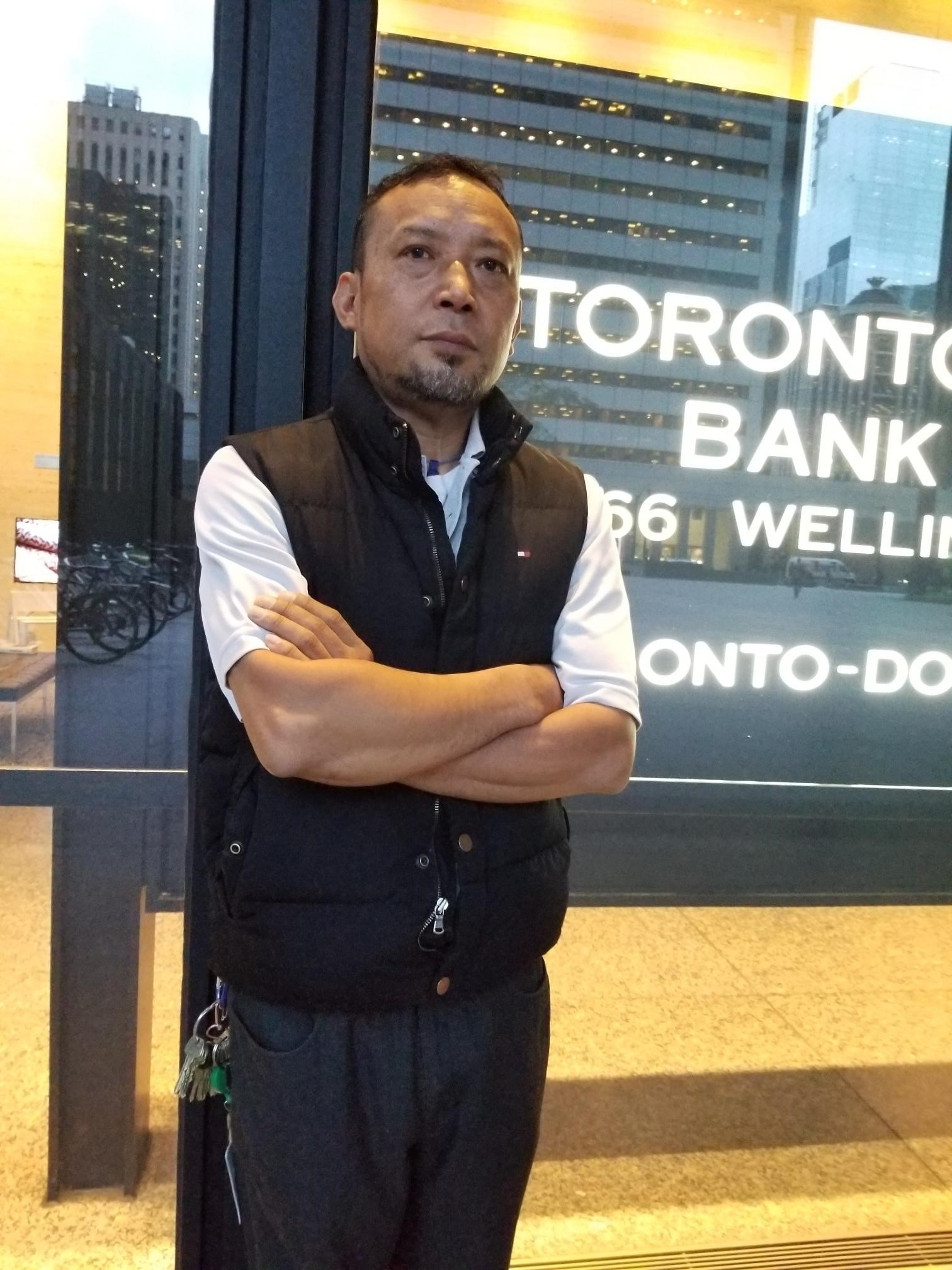 Sonam has been a front-line staff member at one of our client sites in Toronto for over seven years, and so when he arrived for a Saturday shift near the end of the summer, he had a good idea of what needed to be done. “We were doing elevator track cleaning,” he said. “We had to cover all 45 floors of the office building. This being summertime, it started to get hot, so we went down to the lobby to take a break.”

Sonam didn’t know it at the time, but his decision to take a break would end up saving lives.

“As soon as I stepped outside, I heard this big noise,” he said. “And then I saw the car up against a wall. It was smoking. There was a woman trapped under it. She was covered in blood. It was that moment when I knew I had to do something.”

Sonam took off running toward the car. He noticed that the driver was unconscious, and so he opened the door and carried him to safety. He then turned his attention back toward the trapped woman, but he couldn’t move the vehicle by himself. He called for help. A few people rushed to his side, and they lifted the car while he pulled the woman to safety.

Paramedics and firefighters soon arrived, and they thanked Sonam for being a hero. “I told them that I just wanted to save these people, that I couldn’t see them die in front of my eyes,” he said. “I feel like God put me in that position, and I had to respond accordingly.”

Sonam has always taken safety seriously. He’s the co-chair of health and safety at the client site where he works, and he says that his training has helped him on numerous occasions. “It’s encouraged me to help people. I feel prepared, well-informed.”

Following the incident, Sonam was honored by the client site and interviewed by the local news. However, for him, that’s all secondary to knowing he helped save someone’s life. “In the moment, all I wanted to do was save those people. That was my first response. How do I help?”

Sonam is one of many stories we have from the field that demonstrate how our team’s culture is the backbone of our service delivery success. We pride ourselves on delivering a broad portfolio of services, developing and empowering our people, and defining a new status quo.

Get inspired and read more stories about employees just like Sonam.